look what I found

I was working on the charger for the battery to my camera, again, and found these in the memory of the camera. 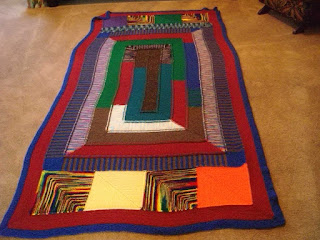 Pictures of the afghan I made for my brother! 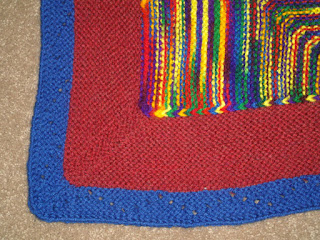 My brother was watching me knit one evening at my sister's while we were settling her estate.  He said he liked how the afghan was turning out and who was I making it for.  I said nobody, in particular, would he like it.  He kind of thought I was joking.  So we discussed how long to make it.  He wanted it long enough to go over his head and tuck under his heels. 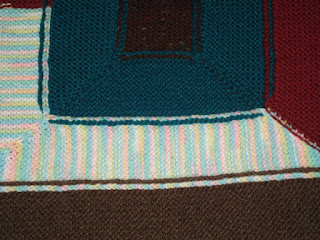 So it ended up the usual 48 inches wide but is 96 inches long.  I used Frankie Brown's Ten Stitch Blanket pattern on Ravelry, instead of 10 stitches, I used 20 stitches.  Knitted it on US#6 needles.  I then added the mitered corner blocks at each end to get the additional length I need before adding the 2 borders I had planned on.

I have other projects finished so maybe I will have something positive to upload.

Y'all have a good day!

Anonymous comments are no longer accepted due to the weird.

Judy
One never knows what I will be up to next. Appearances can be deceiving.